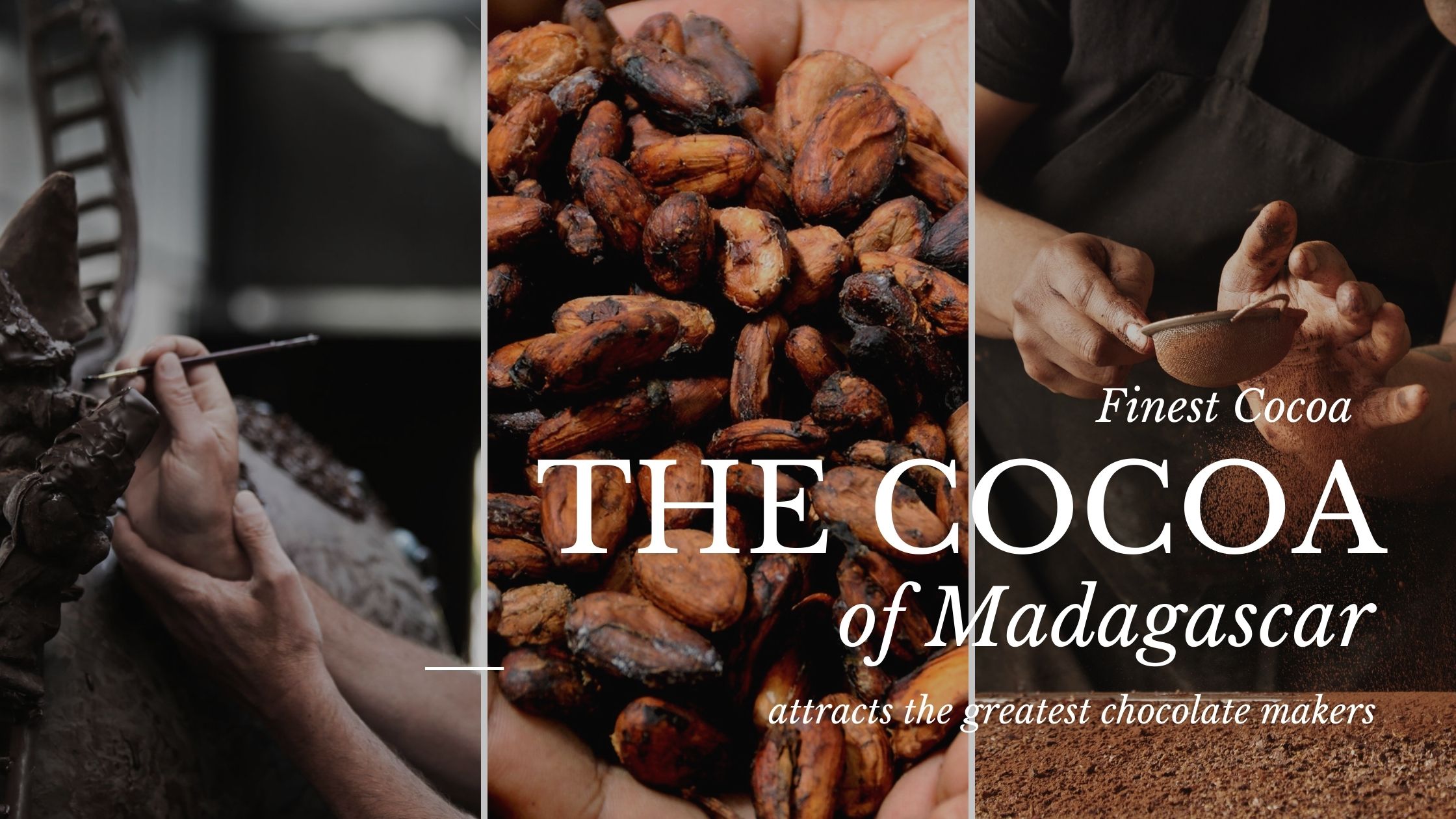 An age-old product that has traveled since the era of the Aztecs and the Mayas, the cocoa tree has adapted so well to the soil of Madagascar that the island has developed its own grand cru of the famous bean. Unique in the world thanks to its smoothness and its acid and fruity fragrance, it is an integral part of the country’s identity and takes the fancy of world-renowned great chefs.

The world’s best chocolate makers recognize its excellence through the “Fine Cocoa” label issued by the International Cocoa Organization (ICCO) in 2015. “We obtain cocoa beans from 15 different countries and Madagascar is the only one where we can find 100% fine cocoa,” Nans Mouret says, cocoa sourcer from Valrhona, the world-famous French chocolate maker. « When I came to Madagascar, I immediately noticed that quality cocoa is produced there for obvious reasons. It goes from the genetic material to the fermentation process and know-how, » he adds.

Valrhona finds the rarest cocoa beans in the world and supplies the greatest chefs with couverture chocolate. In addition, the brand made the buzz in July, when their chocolates were spotted in the International Spatial Station cabin (ISS) with astronaut Thomas Pesquet. Thanks to “Guanaja 70%”, made of seven exceptional origins including Madagascar, the Malagasy Cocoa is sailing into the stars!

A unique terroir in the world

A tremendous amount of genomic and aromatic research has been carried out on more than 400 cocoa plants from the Millot plantation (in Andzavibe in the north of the island). The study showed that the genetic material of Madagascar’s cocoa is dominated by Amelonados and Criollos. It was also shown that not only is the aroma of Madagascar’s cocoa unique in the world, but also that each cocoa tree has its own essence and produces a different chocolate every time!

« Madagascar’s cocoa is certainly produced in small quantities, but it is an exceptional cocoa, and it must remain as it is, » says Sébastien Gohier, a French master chocolate maker, one of the best in France.

The « Evanescence », one of his star chocolates, is also marked with the Red Island footprint. Particularly fond of the typical aroma of the island’s cocoa, this master chocolatier has many trophies to his credit. Thanks to his passion, he has joined the closed circle of the 150 best chocolate makers in France.

Named “Meilleur ouvrier de France”, Patrick Roger is a great chocolate artist who has amazed the world with his chocolate sculptures, he also has a special love for cocoa from Madagascar. He is at the top of the ranking of the best chocolate makers in Paris and ranks first in the Vogue top 10. With 36 years in the business, his house sources chocolate from 30 different countries, and two of his coverture chocolates come from the Big Island, via Valrhona, with whom he has worked for 20 years. « It’s an essence that I’m particularly interested in, and it’s really the basis of my work, » he confides.

« L’instinct« , his signature and favorite chocolate, is made of almonds coated with chocolate from Madagascar. Both gourmet and rich in sensation, it is the most appreciated chocolate by its customers. The essence of Madagascar available in bars and ganaches has conquered chocolate lovers around the world. The latter consume avidly the stocks of the famous chocolate maker, who opened his most recent store in Moscow.

Edwin Yansané, creative director of Edwart in Paris, also uses cocoa from Madagascar in his recipes. Young prodigy and one of the best chocolatiers of his generation, he combines chocolate with innovative flavors such as curry and wild pepper from Madagascar.

« In France, there has been a wave of passion for Madagascar OVER the last 10 to 15 years. There was then growth in demand, and we started increasingly work on cocoa from Madagascar, » says the rising star.

As for Valrhona, it has created several pure Madagascar origin grand cru like the 46% Vegan Amatika and the « Manjari 64% » which is the first and best-selling pure origin chocolate in their range. « It has this acid and fruity subtlety that cannot be found in any other origin, » explains Nans Mouret. The most recent, the « Grand Cru Bio Millot 74% », Valrhona’s sixth reference in the certified organic range, is more intense and rougher.

Besides, Madagascar’s cocoa products make the magic of the Madeleine square in Paris. Equivalent of the Place Vendôme in high gastronomy, Madagascar cocoa takes place of pride in there. It can be found in the houses of Hédiard, a prestigious gourmet food store since the 1800s, or in the houses of Edwart, the best pastry chef in the world in 2016 and nicknamed the « Picasso of pastry » by Vogue. His stores are present in no less than 13 countries.

Ethical and sustainable cocoa, a cause they believe in

Social impact and environmental protection have become the golden rules of entrepreneurship and consumers around the world in recent decades. With this in mind, Valrhona’s « Millot 74% » honors the process of excellence, equity, and respect for the environment between the chocolate industry and the Millot plantation. « We have high expectations from our customers on these aspects, » explains Nans Mouret.

The Millot plantation, which began moving towards cocoa 15 years ago, has evolved over the course of its 100 years of existence thanks to its committed collaboration with Valrhona. The precious beans are produced with total respect for the environment and Sambirano Valley’s own ecosystem. Because of its unique model, the plantation’s agricultural practices go far beyond the commitments of Madagascar’s organic agriculture specifications. A strict composting protocol is applied to renew soil fertility. The latter is indeed a factor required by the organic certification.

Moreover, an agroforestry system is highly valued. This helps maintain the delicate molecular balance of the soil (water, nitrogen, phosphates…), provide shade for the young cocoa plants, and ensure carbon capture in the soil. All of this very advanced approach is proof of sustainable practices, able to cope with climate change and protection of biodiversity. « The Millot plantation has a very mature agroforestry system. Seen from above, it really looks like a forest, » Nans Mouret enthuses.

Already carbon-neutral in their factories, Valrhona aims to be fully carbon-neutral by 2025. Certified ISO 14001, ISO 5001, and B-Corp, the chocolate factory has a high performance in terms of environmental and energy management. Also, thanks to their « Live long environment » component, a first carbon quantification test will take place in Madagascar, with Millot and the NGO Nitidae. A carbon balance from harvest to export is currently under study. The calculated emissions will then be offset.

On the social side,  there is a very strong link between Valrhona, Millot, and the farmers. Not only is cocoa an important income generator for local communities, but it is also a socio-economic development model at the local level. Outreach work, listening to the demands and problems encountered by the farmers, make up the daily routine of the plantation managers.

“Our customers are very sensitive to green and social approaches,” says Philippe Fontayne, one of the Millot plantation owners. “The Millot’s process is a plus factor that distinguishes Madagascar’s cocoa since it is passed on to the grower. The social aspect is of particular interest to me,” confirms Chef Patrick Roger.

With this in mind, the chocolate factory and the plantation organize immersion trips for international chocolate chefs about once a year. These personalities were invited to discover the cocoa of Madagascar at the source, by meeting the farmers. This has stirred up a lot of emotion for even more love for the product in this spirit of inclusiveness. « It’s a meaningful form of tourism, » says Philippe Fontayne. « When they visited the plantation, many of these chefs said they would no longer see cocoa in the same way as before, » he adds.

The Economic Development Board of Madagascar (EDBM) facilitated the integration of Madagascar as a member of the International Cocoa Organization (ICCO), with the support of the Integrated Growth Pole (IGP) project. By being a member of this organization, the Big Island has the right to vote and make decisions on global issues in the sector. Such notoriety has enabled cocoa to be one of the few sectors in the country to have a board, namely the National Cocoa Board (CNC).

Cocoa is one of the most structured industries in Madagascar and « quality controls prior to shipment are not only mandatory but also more demanding than international standards » says Philippe Fontayne.

On the other hand, organizations such as Promochocomada support the promotion of the sector internationally to develop the sector at the local level. Their objective is to create a Malagasy fair trade artisanal chocolate industry. It supports the training of chocolate makers in Madagascar through the production of books or manuals or any other training tool. It also enhances the value-added brought by the sector by supporting the local processing of the cocoa bean into chocolate.

The first thing it did was to have Malagasy chocolate artisans trained by French master chocolate makers. The organization has established close and fruitful relationships with these chefs. Chef Sebastien Gohier, as a member of the organization, already traveled from France to train young artisans from Madagascar. « I have worked with very motivated young people and I want to strengthen my collaboration with Promochocomada, » he says.

Promochocomada also carries out a follow-up of the training provided to the trained Malagasy chocolate craftsmen. Any motivated craftsman can benefit from management support and coaching. The objective is to enable the learner to identify his income, expenses, and profitability.

The strong identity of Madagascar’s cocoa has prompted big names like Valrhona to adopt it. A cocoa plantation project on the east coast of Madagascar is also under development for Millot and Valrhona. And beyond chocolate, cocoa from Madagascar has significant potential for expansion through many other sectors. Its subtle fragrance is, for example, appreciated in haute couture perfumery such as Dior’s « Elixir Pure Poison« , where it is the star ingredient. 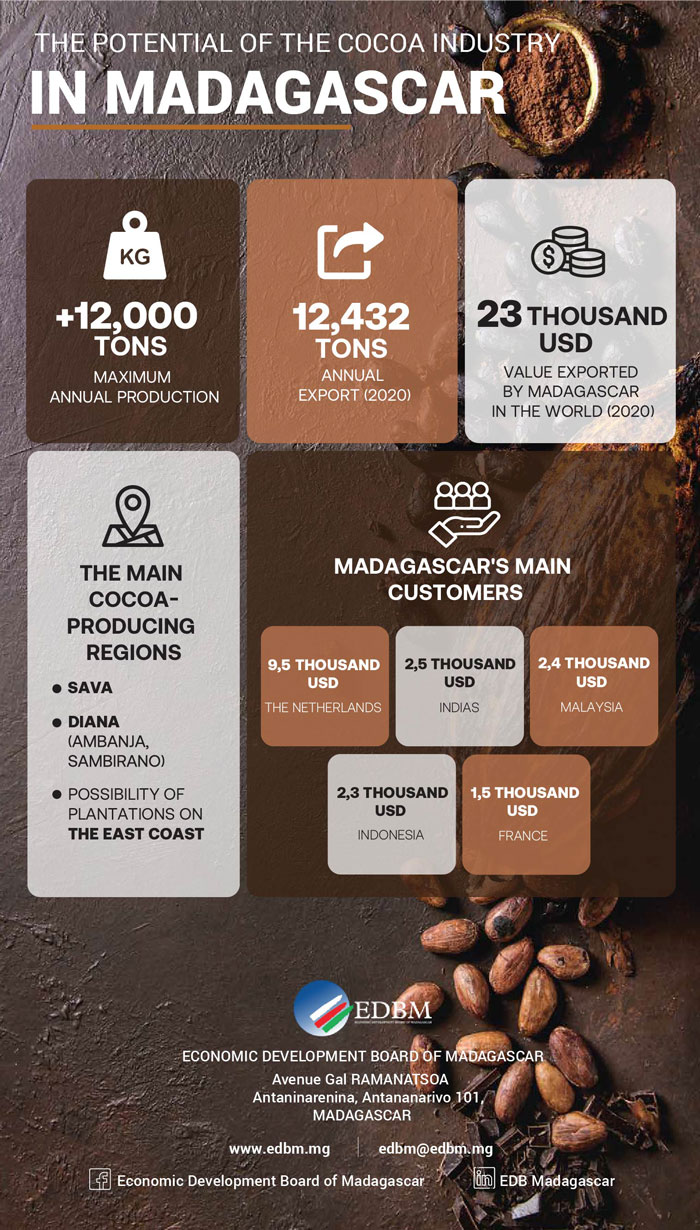 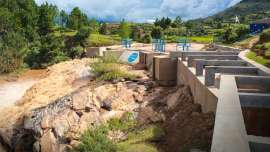 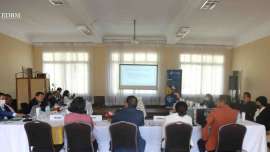 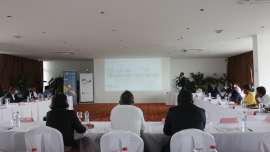