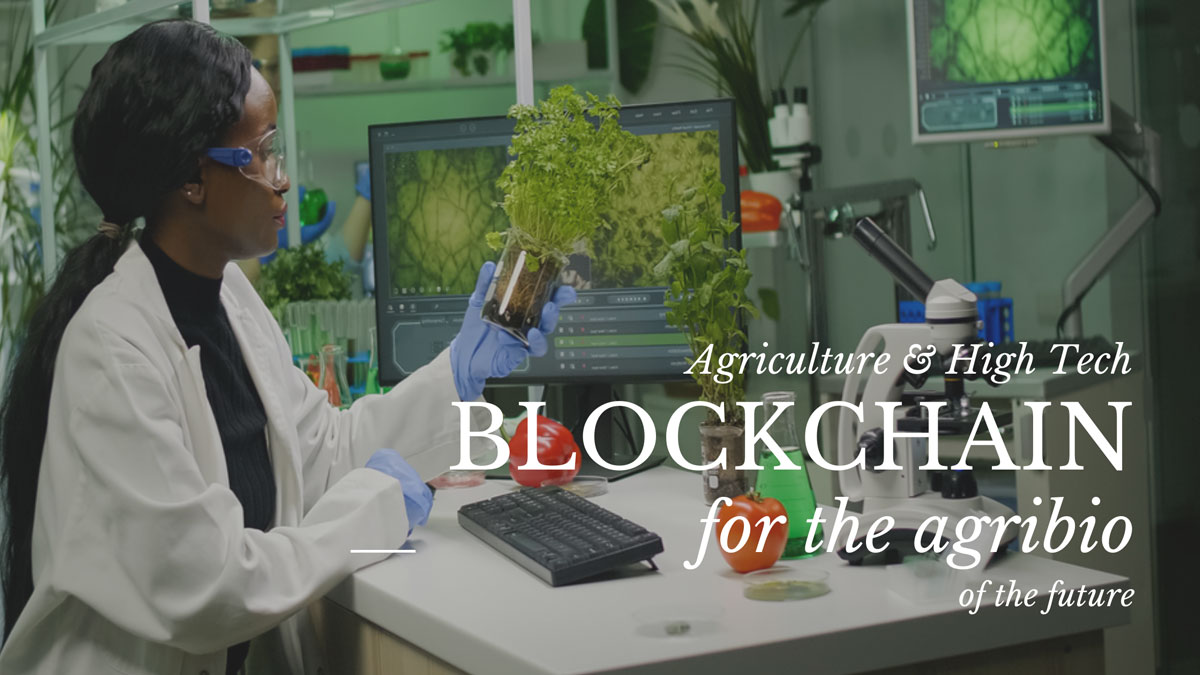 Blockchain, a leading edge and state-of-the-art technology, is best known for transparent transactions. However, it can be applied to almost any field. Applied to agriculture, it serves as a digital trace from the plantation to the plate. Following the example of leaders in this field in Africa, Madagascar is starting to apply blockchain in organic agriculture. After the adoption of Law 2020-003 on organic farming, the sector is establishing and perfecting itself to achieve the best international standards, in tune with the excellence of the terroir.

The world is increasingly concerned about the origin of what it consumes. This is the very concept of responsible consumption for the benefit of sustainable development. Producing countries have then complied with this requirement. It is important to remember that any product declared « natural » is not necessarily organic. There are a number of specific parameters to respect in order to be organic, including an internationally valid certification. As a trusted technology, blockchain can thus serve as a traceability tool throughout the food value chain. Fraud would therefore be unthinkable. A label or a terroir will also gain credibility and value-added.

According to Gaëtan Etancelin, the outgoing President of the SYndicat Malgache de l’Agriculture BIOlogique (SYMABIO), Carrefour, the world’s largest supermarket, will start imposing blockchain on all its products by 2022. « Its supplier countries, including Madagascar, will therefore have within 18 to 36 months to be compliant, » He asserts.

A solution with major economic benefits

Gaëtan Etancelin represented Madagascar among more than 50 participating countries at the « Agriculture blockchain web summit » on June 15, 2021. The purpose of the seminar was to consult on solutions that could be duplicated for each country. As a hotspot of product excellence, the Grande-Île was specially invited to participate in the event.

Once implemented, agricultural blockchain can indeed generate and/or save billions of dollars. According to Juniper Research, the technology would help save about USD 31 billion per year in food fraud worldwide, by 2024.  And that’s because any adulteration would be greatly reduced.

On the other hand, an article from the Ecofin Agency also showed that small-scale producers would also benefit. They would be able to promote products with proven qualities and fair prices, while facilitating access to export markets. Like the « bitcoin » system, transactions would be made directly from producer to buyer, after the latter scans the product’s QR code. «  It would also help persuade small-scale producers to become formal,” stresses Gaëtan Etancel « And anyway, within 20 years, it will be required everywhere,” he believes.

In Africa, technology is beginning to become popular. The current leader in this trend is Kenya, according to Gaëtan Etancelin. Uganda is also starting to stand out. The Ecofin agency article took the example of Carico Café Connoisseur, from Bugisu Blue. The brand put a QR code to scan on the packs to let consumers discover the full history and authenticity of the beans. The brand estimates that through the process, its producers’ revenues would rise by 10%. And it’s all thanks to the blockchain.

At the same time, Madagascar started experimenting with the technology five years ago, in the vanilla sector. Being the world’s number one, many ambitions rest on the precious pods. And today, Sahanala and Biovanilla are the first to adopt blockchain in the production of certified organic vanilla.

Blockchain could also reduce cross-border transportation costs. With the latter accounting for nearly 90% of the world’s trade, blockchain digitization would reduce stakeholders, delays, and paperwork, to the benefit of automation. According to estimates by the International Business Machines Corporation (IBM), complete digitalization would help ocean freight save about USD 38 billion a year. The Swiss trader Louis Dreyfus, present in Madagascar, was among the first to carry out the first transaction of agricultural commodities via blockchain.

In Madagascar, the organic sector is improving

Since the enactment of Law 2020-003 on organic farming, Madagascar has started to stand out in the sector in Africa. Today, a legal framework defines the conditions for the use of the term « organic product » or organic farming on the national market. These terms are valid for agricultural, livestock, forestry, and aquatic products, as well as products harvested in natural areas or from organic production zones… « Everyone thinks that not using pesticides is enough to be organic, whereas there are many other factors, » explains Gaëtan Etancelin. Jurisdiction and certification thus enable the export label to actually gain confidence and competitiveness.

In addition, the Grande-Île has this year equipped itself with an ISO 17025 certified micropollutant laboratory at the Pasteur Institute of Madagascar. Being the third African country to have it, the lab will be used to detect phytosanitary residues on agricultural and/or non-agricultural products. This will help improve the internal control system by conducting analyses along the entire value chain. The Maximum Residue Limits (MRLs) allowed at the entry of importing countries require increased monitoring. For some companies, a deliberation analysis for each batch is even required by customers, to prove that the product complies with the standards.

Having a laboratory on-site will then improve food safety by respecting the requirements of the international specifications. This can be done at a lower cost, as it is much more expensive to conduct the analysis abroad The controls and regulations of the state agents will also be facilitated. In fine, all these advantages will improve the competitiveness of Malagasy organic products. 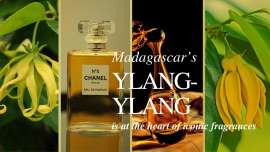 Madagascar’s ylang-ylang is at the heart of iconic fragrances 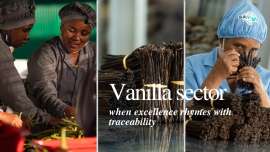 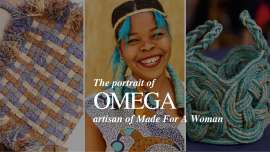 The portrait of : Omega, artisan for Made For A Woman