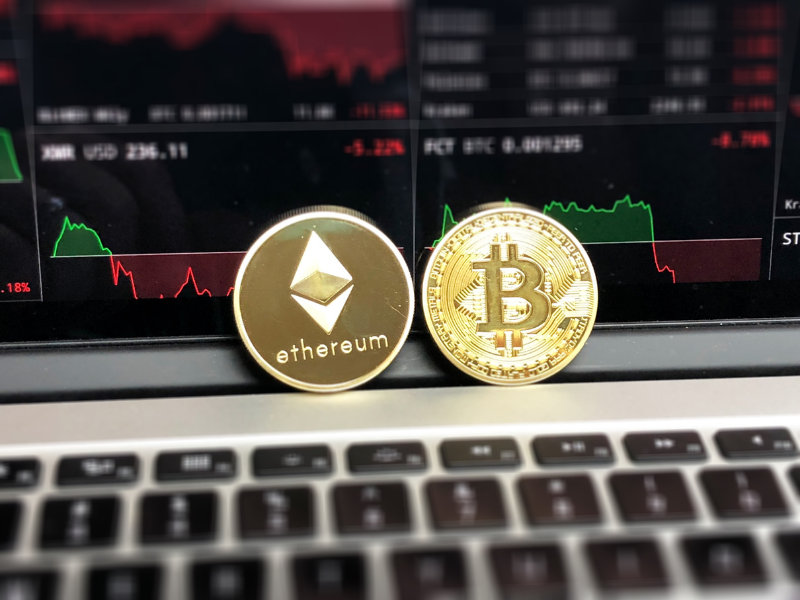 The founder of Soku, Nafeno Constantin Sobinson “Blockchain is a treasure of revolutionary and decentralized technology”

In an era of exponentially growing technology, transaction systems around the world are moving towards the cryptocurrency blockchain. Data security and financial freedom are no longer utopias. The “blockchain” is set to disrupt the global economy. Soku is a company founded by a Malagasy man in Paris, and is one of the best in Europe regarding blockchain architecture. Nafeno Constantin Sobinson, its CEO, granted an exclusive interview for the Economic Development Board of Madagascar (EDBM). 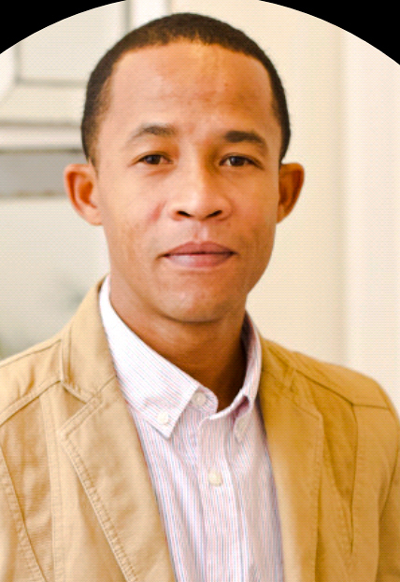 EDBM : What should be known about blockchain technology, for outsiders?

Nafeno Constantin Sobinson (N.C.S): Blockchain is based on a decentralized data (or transactions) storage system. Historically, it started to develop at the same time as “bitcoin” during the 2008 global financial crisis. There was a loss of reliance on banks which prompted many people, including a certain Satoshi Nakamoto, to create a virtual transaction system without any intermediaries.

More concretely, it consists of recording transaction data on a network from its creation to the receiver. The proper time, the accurate amount, and all actions are self-recorded in the block network. Then, the user will use a public key to track his identity (e.g: phone number) and a private key (PIN) to sign and confirm the transaction. It will be encrypted and recorded in a database block by networked computers. The series of transactions carried out will form chains of blocks, hence the name “blockchain.”

The data are publicly available, stored for life, and cannot be removed despite anonymous transactions. This is called a “smart contract.” Encrypted references are automatically enrolled upon the slightest action. This makes forgery impossible and the transaction costs are almost zero since no bank is involved. There is no intermediary at all, the transaction is directly done hand in hand via the block network that is why it is entirely decentralized. That makes the “blockchain” reliable, a revolutionary technology!

EDBM : What is Soku’s role in the rise of blockchain?

In addition, Soku works primarily with foreign countries since the sector needs are still developing in Madagascar. Digidom is one of our first customers, the French equivalent of EDBM.

EDBM : Aside from cryptocurrency, what else could we use  » blockchain  » technology for?

N.C.S : The blockchain is open to many application possibilities, as a reliable technology. We have noticed the dazzling success of the “bitcoin” which has resulted in the emergence of many other cryptocurrencies including the famous “ethereum”. The Central Bank of Madagascar is in the process of experimenting with the “e-ariary”. At the moment, an equivalent of USD 54 billion daily circulate in Bitcoin while USD 30 billion flow in Ethereum! As one Bitcoin is worth nearly USD 60.000 (ethereum=USD 2.000), the blockchain is the perfect tool for value creation or fundraising for instance.

The blockchain can also be used for administrative data tracking. Like in Ghana, it is used in the mining registry. It can be also applied in food tracking throughout value chains, from where it came from to the consumer’s plate. Not only is it about technology for transparency, but also it is about error-free robotic attestations.

The real identity of the blockchain creator of bitcoin remains mysterious. Satoshi Nakamoto is used as a nickname for the supposed creator or group of creators and has completely vanished from networks since 2010.

EDBM : Are there any prospects for this technology in Madagascar?

N.C.S : Soku Group owns branches in Madagascar. I first created them, because of patriotism, but also to promote young Malagasy skills and to share my experience.  Moreover, the benefit is that all is yet to be restored in Madagascar, where all possibilities are still open. It is even known that young Malagasy developers are hard-working, and the entrepreneurial youth is booming.

Also, regardless of the level of internet connectivity, there is evidence that administrations are making efforts to go digital. The EDBM is a very good example. The availability of fiber optics is also a good sign. I do not doubt that « blockchain » will be a reality soon in Madagascar. 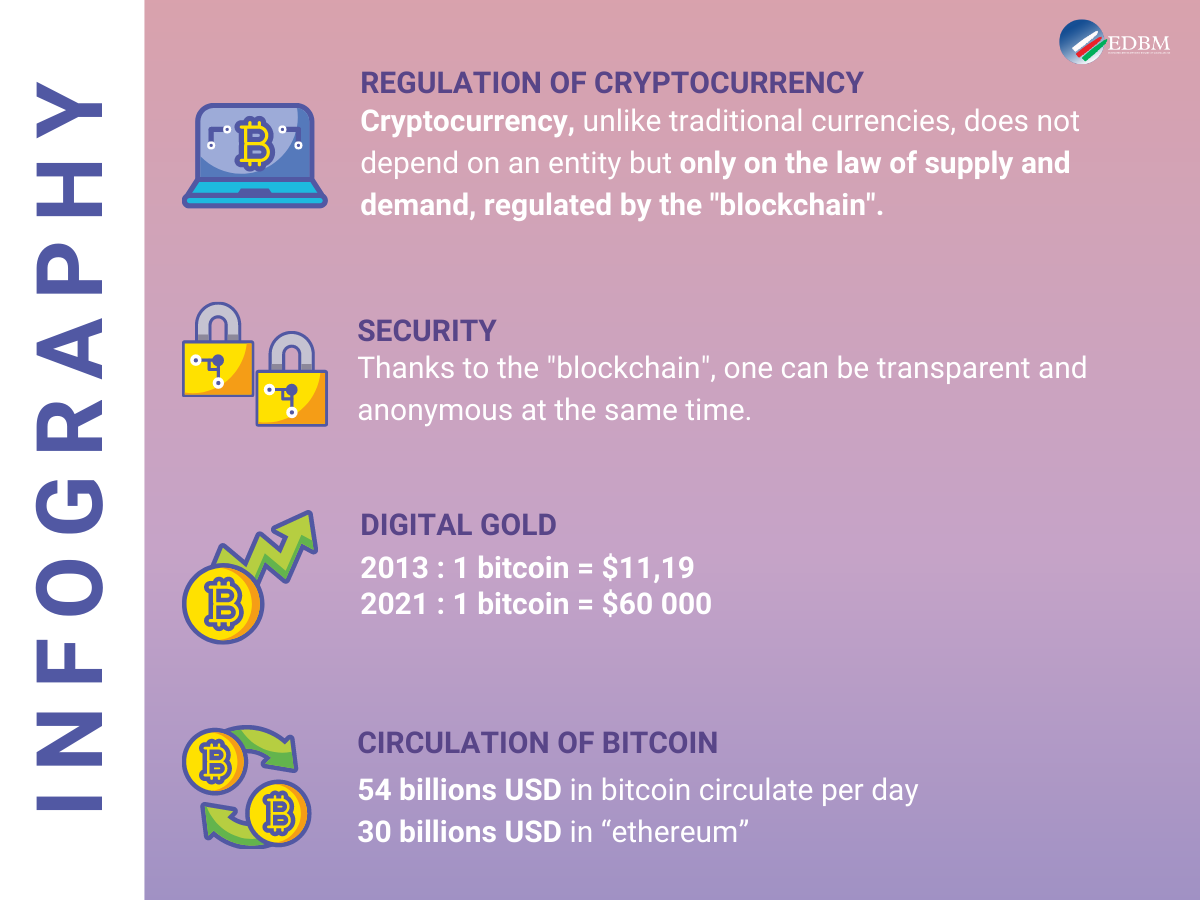 EDBM: What would you say to Malagasy young people willing to follow your path?

N.C.S: Obviously, Malagasy young people need to be trained according to the world market trends. Especially in the world of technology, a sector that is rapidly evolving every day. So, I advise them not to remain on the assets. In the Internet era, it’s not enough to just attend classes. You have to keep up to date, do technology monitoring and focus on a specific field. And for those who are abroad, I would say to them: come back to the country, rebuild it, and don’t wait for retirement to come back. There are many opportunities and Foreign Direct Investments (FDI) can also be Malagasy!

The jargon of the expert: 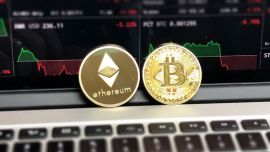 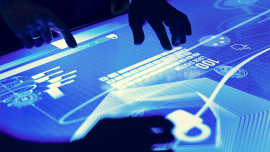